"I'm humbled to receive this endorsement and have tremendous respect for the work of A.B.A.T.E. and its members. I've been a member of A.B.A.T.E. for several years because they are an organization that stands up for individual liberty and limited government and I strongly support their advocacy", Plummer said. "We don't need heavy handed government telling people how to live their lives and I will work alongside A.B.A.T.E. to ensure that personal freedom and responsibility are promoted in Springfield."

Mike Fisher, Chairman of ABATE PAC, says that Plummer is a candidate who will defend the rights of all citizens. "Our organization supports candidates who are committed to protecting our rights and Jason Plummer understands that when Illinois legislators pass laws that take away our freedoms, everyone suffers."

Mick Eddington, a Regional Coordinator of A.B.A.T.E., supports the group's decision to endorse Plummer. "We need fresh ideas and solutions in Springfield, which is what Jason Plummer brings to the table" Eddington said.

The full endorsement letter can be viewed here:  http://bit.ly/2mtwsge

Springfield, IL – Jason Plummer, who is running to fill an open senate seat in Illinois’ 54th District, was among the candidates who submitted their petition at the State Board of Elections in Springfield early Monday morning. Plummer, along with dozens of circulators, collected over 2500 signatures from across the district to secure his place on the ballot.

“I sincerely want to thank every person who signed or circulated my petition. Voters will have an important choice to make on March 20th and I will be working very hard over the coming months to earn the confidence of every voter,” Plummer stated.

Plummer announced his candidacy in October and has stressed the importance of creating quality jobs, confronting the opioid crisis, and being an effective, conservative voice for Southern Illinois.

“I don’t take being a candidate for office lightly. There are serious issues that this district and the state cannot afford to ignore. We have to create quality jobs. We have to support law enforcement and get drugs out of our communities. We have to elect candidates who will uphold the values of the people of Southern Illinois. I deeply look forward to speaking with every voter in this district and working to earn their support. My commitment is to be a strong leader for them in Springfield.”

Jason Plummer is Vice President at R.P. Lumber as well as an intelligence officer in the Navy Reserves. He is a member of the First Baptist Church of Maryville, serves on the board of Carmi Baptist Children’s Home, and is very active in several other civic, business, and charitable organizations. In 2010, Plummer was the Republican nominee for Lt. Governor, fighting for conservative principles on the ticket with Bill Brady. He and his wife Shannon live in Edwardsville. 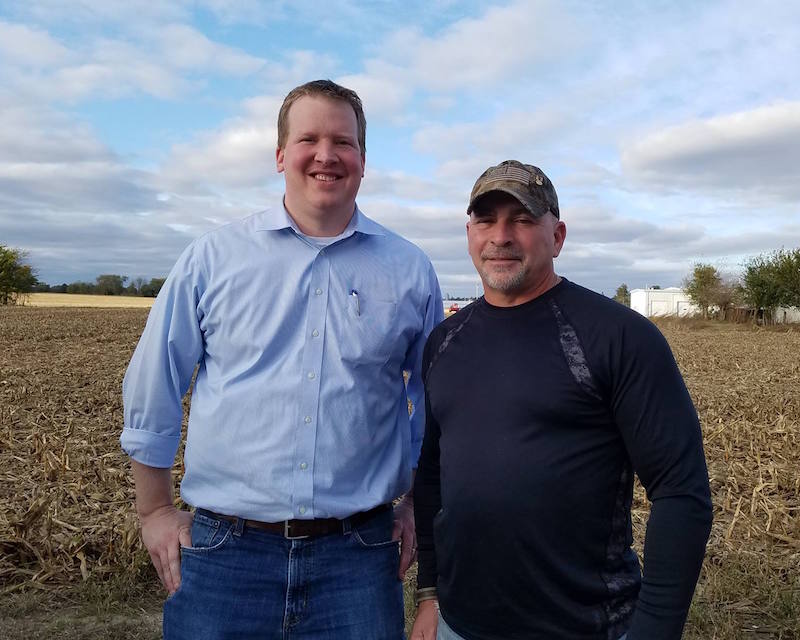 Troy, IL – Local businessman and Vice President of R.P. Lumber Jason Plummer is officially announcing his candidacy today for the Illinois State Senate. He is running to fill an open seat in the 54th District.

Plummer’s campaign will focus on providing the people of Southern Illinois access to quality jobs, lower taxes and safer neighborhoods in the wake of the opioid epidemic and related crime wave that threatens the health, safety, and welfare of communities across the state.

“The people of Southern Illinois absolutely need someone who shares their values and can be a strong, independent, and conservative voice in Springfield,” said Plummer. “My family and I built R.P. Lumber and several other businesses here because this is our home. I love Southern Illinois and I see first-hand the hard work, honesty, and integrity practiced every day by people throughout our communities. Unfortunately, our values and our people seem to have been forgotten by politicians in Springfield.”

This summer, the legislature pushed for a vote that raised the Illinois state income tax by 32% without enacting any significant spending reforms. Illinois families are reportedly paying the highest overall taxes in the nation.

“Illinois politicians are harming working people by pushing failed policies that make it harder to start a business, earn a living, or just put food on the table. I believe the powerful work ethic and traditional values of the people in Southern Illinois are what can actually change our state for the better.”

If elected, Plummer supports lowering and capping out-of-control property taxes, will fight to reduce the regulations that destroy quality jobs throughout Southern Illinois, will be a staunch advocate for giving law enforcement the tools they need to win the war against crime, and promises to represent the strong family values of Southern Illinois.

“I want voters to know that I will always defend the rights of the unborn. Recently, a law was passed that forces Illinois taxpayers to foot the bill for thousands of abortions. I pledge that when I go to Springfield I will file a bill that repeals this law and bans taxpayer funding of abortions in our state. I’m running because the people of Southern Illinois are sending a clear message to Springfield politicians: we won’t be ignored and we are done paying for a broken, morally bankrupt system that we never wanted. I will deliver that message at every opportunity, loud and clear.”

Jason was born and raised in Southern Illinois and lives with his wife, Shannon, in Edwardsville. In addition to being Vice President at R.P. Lumber, Plummer is an intelligence officer in the Navy Reserves, is a member of the First Baptist Church of Maryville, serves on the board of Carmi Baptist Children’s Home, and is very active in several other civic, business, and charitable organizations. In 2010, Plummer was the Republican nominee for Lt. Governor, fighting for conservative principles on the ticket with Bill Brady.